Job rejection goes viral with more than 1,200 likes on LinkedIn 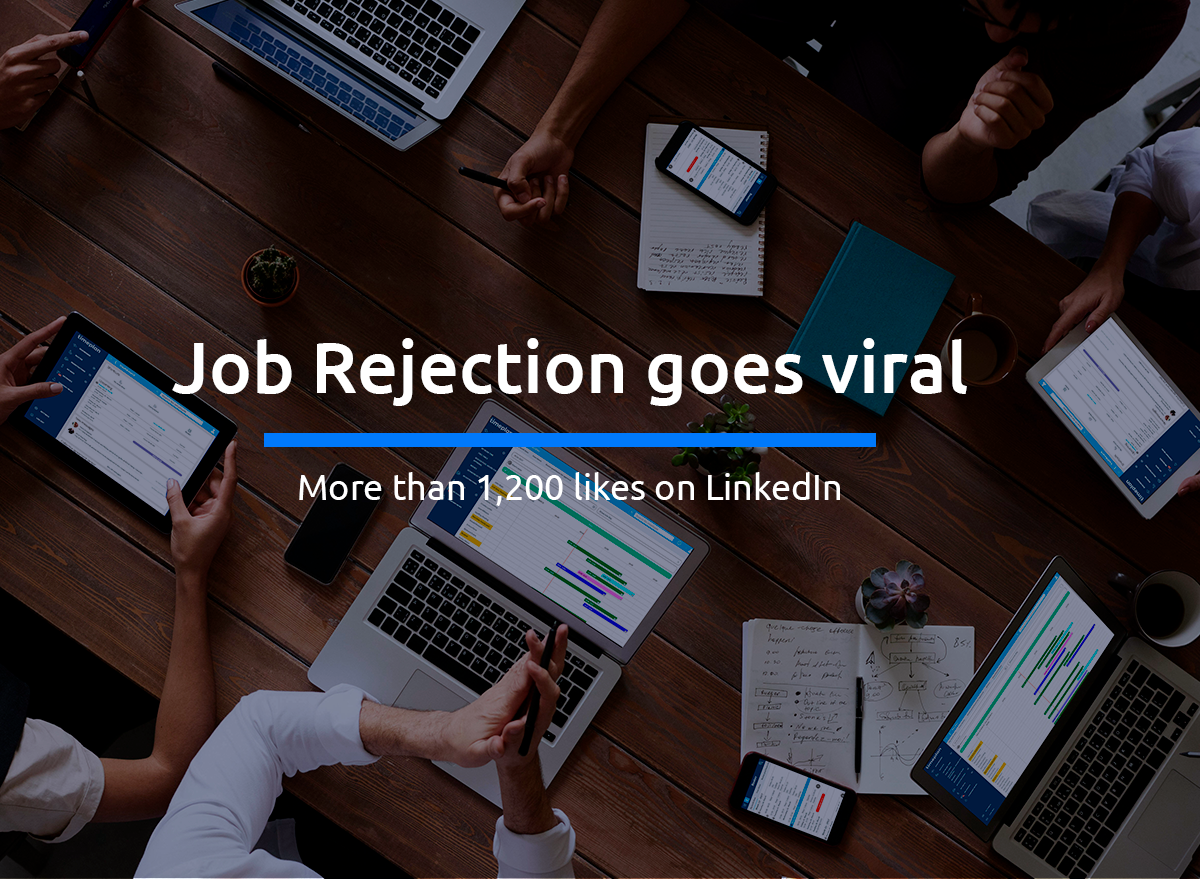 While some job applicants barely get a response to their application, TimePlan Software in Aalborg coincidentally takes a new direction. Last week, the company sent a job rejection letter to 27-year-old Jakob Foldager from Nørresundby, and this rejection letter has now gone viral on LinkedIn with more than 1,200 likes, 75,000 views and 96 comments in four days.

Jakob Foldager is 27 years old and has just graduated with a master’s in Communication from Aalborg University. He was amongst the final three applicants for a position as a marketing associate at TimePlan Software, and in a post, which has generated 1,200 likes and 96 comments so far on LinkedIn, Jakob Foldager writes Thursday, 17th August 2017:

“It went well (the job interview), but unfortunately there was a slightly better candidate than me, so I didn’t get the job. But I did get something else positive out of it! In addition to good, constructive feedback, TimePlan also sent me a gift as a thank-you for my efforts at the second job interview. I’m impressed by this gesture and I had not expected this.”

As part of his post on LinkedIn, Jakob Foldager encloses a photo of the rejection letter from TimePlan Software and the gift card the company chose to send him and his girlfriend: 849,00 DKK for a three-course dinner with wine.

“I don’t know how common this is, but I think it shows character. It’s the best rejection I’ve ever received,” Jakob Foldager writes on LinkedIn. So far, his post has had more than 75,000 views.

Well done by the company

According to the 96 comments on LinkedIn, this kind of company behaviour is not common at all – quite on the contrary.

“This is a great contrast to the companies who don’t even bother to send or call with a rejection,” Jan Nordborg Andersen writes in one of the first comments.

Niels Hemmingsen agrees: “Amazing. I’ve been through many job interviews and rejections myself. Nothing matches what you describe. Well done by the company – they are setting the bar high in an area most companies handle very poorly.”

Dennis Snitgaard, who shared the post with his network Friday, comments: “TimePlan has a great understanding of the effort a job applicant puts in the process. This kind of behaviour is a solid investment in gaining ambassadors for the company.”

Morten Jensen writes: “This is a great example of a behaviour serious businesses should be inspired by.”

Several contributors in the thread remark that they’ve never “heard of or experienced anything like it”.

Thomas Enghave Olsen concludes: “It’s interesting to see how little effort it takes to make a big difference. The number of “likes” on this post is a testament to this.”

Rewarded with a gift card

TimePlan Software’s founder and CEO, Henrik Baasch, states Monday, 21st August 2017 that he was so impressed with the time and energy that Jakob and the two other candidates put into the task ahead of the job interview that he wanted to acknowledge them with a gift card.

Henrik Baasch never imagined that Jakob Foldager would put the rejection letter and gift card on LinkedIn or that the letter would gain this kind of attention.

“Dear Jakob – this is unbelievable!” Henrik Baasch comments to Jakob Foldager Monday. “The way you presented the assignment was very good, and I’m sure there’s a job waiting for you in digital marketing. Again, best of luck.”

Henrik Baasch founded TimePlan Software in 1995 and has since delivered online workforce management solutions to leading retail and service businesses in 24 countries.