Rex takes on the TimePlan baton 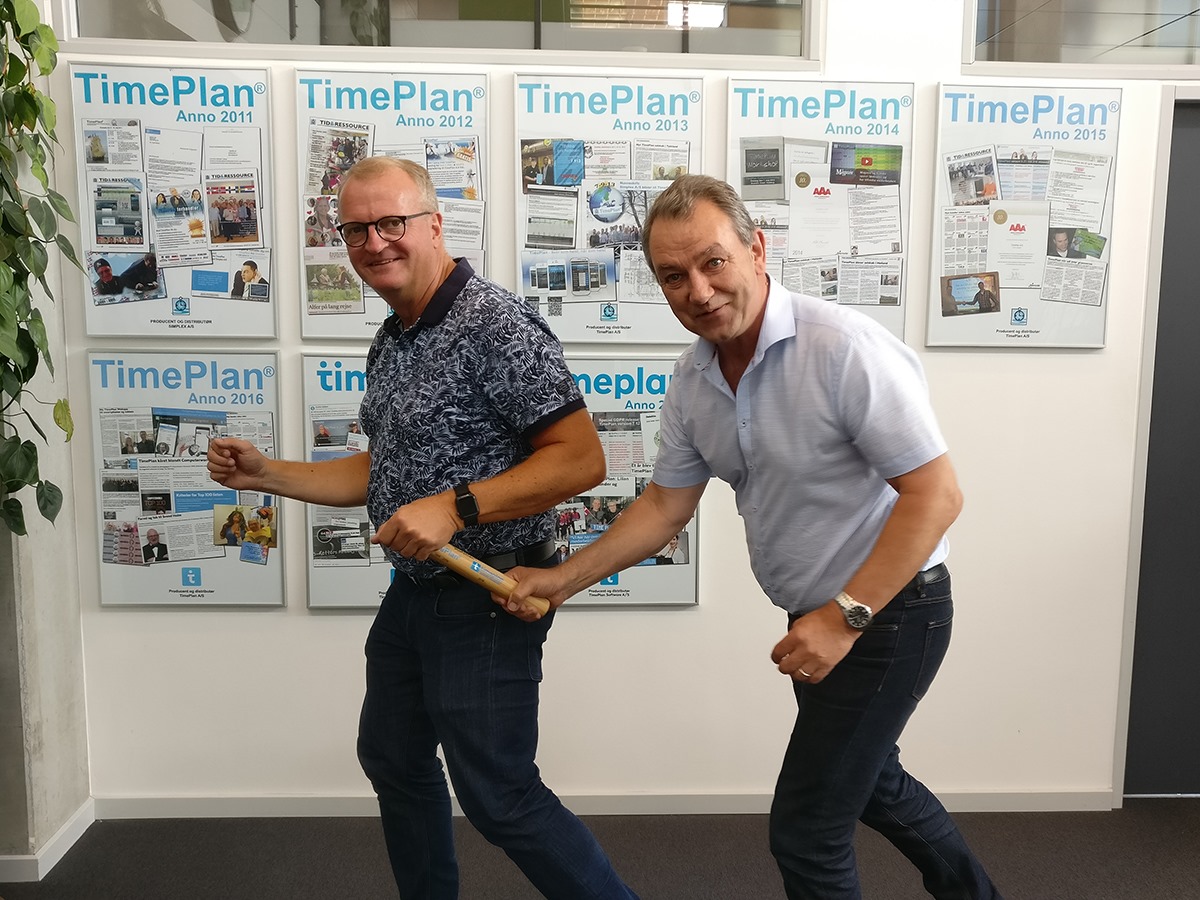 As of 1st August 2019, TimePlan Software has welcomed new CEO Rex A. Clausager at the head office in Aalborg. To mark the company’s historic change of director, founder Henrik Baasch passed on a special TimePlan baton, which Rex will now carry into several international markets.

“I am really looking forward to getting started, and I am full of energy, ambition and humility towards this task we are going take on together,” Rex A. Clausager told TimePlan Software’s employees and retiring CEO Henrik Baasch.

Rex A. Clausager remarked that TimePlan Software’s employees, on average, have 7 years of seniority and are thus more than 250 years ahead of him, but that he will catch up with them.

“I had no intention of leaving my position when Henrik telephoned me. But I have previously worked with developing IT and software products, and I feel it is an exciting industry and activity that I would like to return to,” says Rex A. Clausager.

Make the complicated simple
“TimePlan is a solid, well-grounded product that has reached an incredible level over the past 24 years and has an impressive history and customer portfolio.

There is endless potential in TimePlan, and that excites me: To take advantage of what is already established. Going in and fine-tuning things, finding more customer segments and making us an even more significant player in the market – not only in Denmark and Scandinavia but also in a global context.

We must continue to be the best at making the complicated simpler for our customers and taking care of the sore toes that are out there.”

TimePlan is currently used by customers in more than 25 countries for employee scheduling, time registration and HR administration.

Henrik Baasch has been the CEO from the company’s start in 1995 until July 2019, which is engraved on the TimePlan baton as “1st runner”.

Just below it says “2nd runner, Rex A. Clausager 2019” followed by an open line into the future.