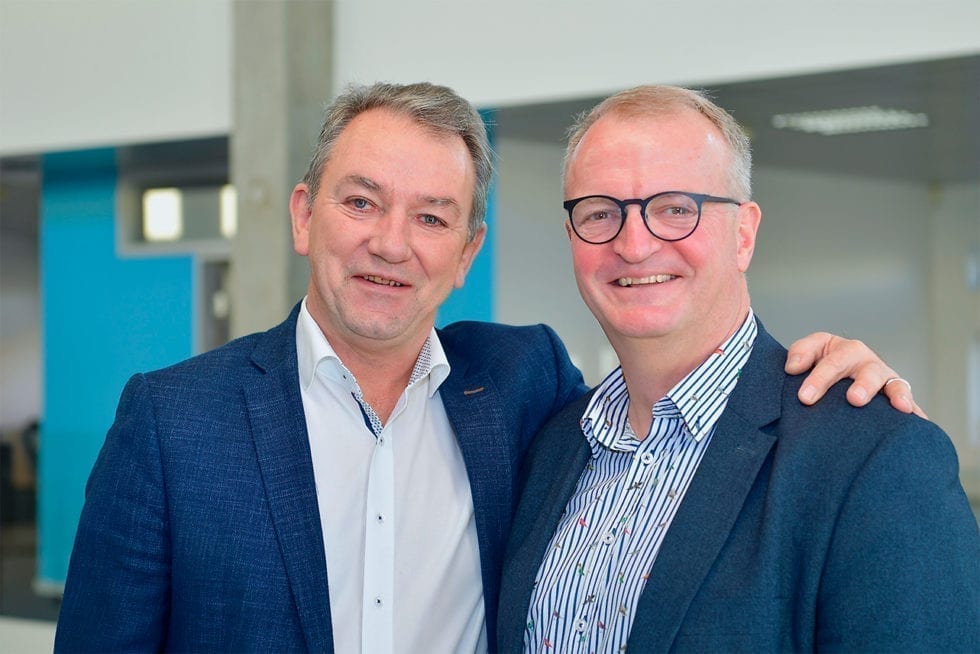 After 24 years in the chair as CEO at TimePlan Software A/S in Aalborg, founder Henrik Baasch withdraws and passes on the baton to Rex A. Clausager, who takes up the position as the new CEO as of 1 August 2019.

This was announced at TimePlan Software’s annual meeting on Friday, 10 May 2019.

“I leave the chair to Rex because I feel that he will be even better at dealing with the new opportunities we face in terms of expansion in the international markets,” says Henrik Baasch. “Growth and expansion require 120 per cent focus from the CEO’s side, and after turning 60, I have to admit that the desire to focus on other things in life has come up and a wish to spend more time with my family. Rex will be a fantastic manager for the employees and will help make TimePlan an even better product for our customers.”

Rex A. Clausager comes from a position as CEO of VikingGenetics in Randers and has previously held senior management positions with a focus on sales, strategy and international markets at Trapeze Group, TARGIT A/S, Celenia Software and Genus PLC.

All the curves are pointing up

“I am really pleased that it is now that I step back because all the curves are pointing up,” says Henrik Baasch with a reference to TimePlan Software’s latest annual result.

“I look forward to passing on all the good things in TimePlan to Rex. He will continue leading the company in the spirit we have now and at the same time add new energy, new knowledge and new ideas,” says Henrik Baasch.

Henrik Baasch launched the first version of TimePlan back in 1995. Since then, the company has delivered Danish-programmed software for Employee Scheduling, Time Registration and HR Administration for leading companies within service, retail, hotel, restaurant, amusement, transportation, production, etc.

Henrik Baasch continues as the Chairman of TimePlan Software and will continue to be around the head office in Aalborg for the time being and help with ad hoc tasks.