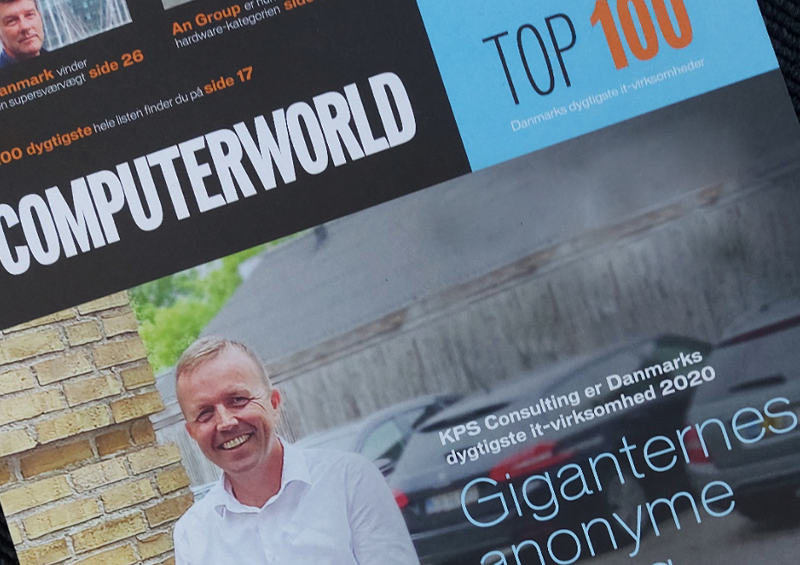 When TimePlan Software commemorated its 25th anniversary on Friday, September 25, 2020, the company could also celebrate its great ratings on this year’s Top 100 List. The rankings were published the same day in the Danish Computerworld magazine.

TimePlan Software can be found on three lists this year:

For the first time ever, TimePlan Software has achieved the position of number 1 on the list of industry software in 2020.

At the same time, the company can also boast of its two other placements. Last year, TimePlan Software ranked number 14 in the Software category. This year, the company has moved up to 7th place...

There has also been a positive development in the main list of the 100 most talented IT companies in Denmark here, TimePlan Software has gone from 23rd place in 2019 to take 9th place this year...

“Thank you very much and well done,” said CEO Rex A. Clausager as he presented the results during the celebration of TimePlan’s 25th anniversary.

He highlighted that progress can be traced all the way around compared to last year. “For a company that focuses on growth and development, this is a great recognition.”

Since 1996, Computerworld has presented the annual Top 100 List of Denmark’s most talented IT companies.

The IT companies are ranked based on their performance in four different disciplines.

One of the disciplines measured is growth in primary operations. Another is the result of operating profit in relation to labour costs. In addition, the return rate and return on equity are also looked at.

25 years with a focus on TimePlan customers

“At TimePlan Software, we look forward to the next 25 years of collaboration with our current and future customers, partners and employees,” says Rex A. Clausager.