Henrik has impacted the customer’s workday for 10 years 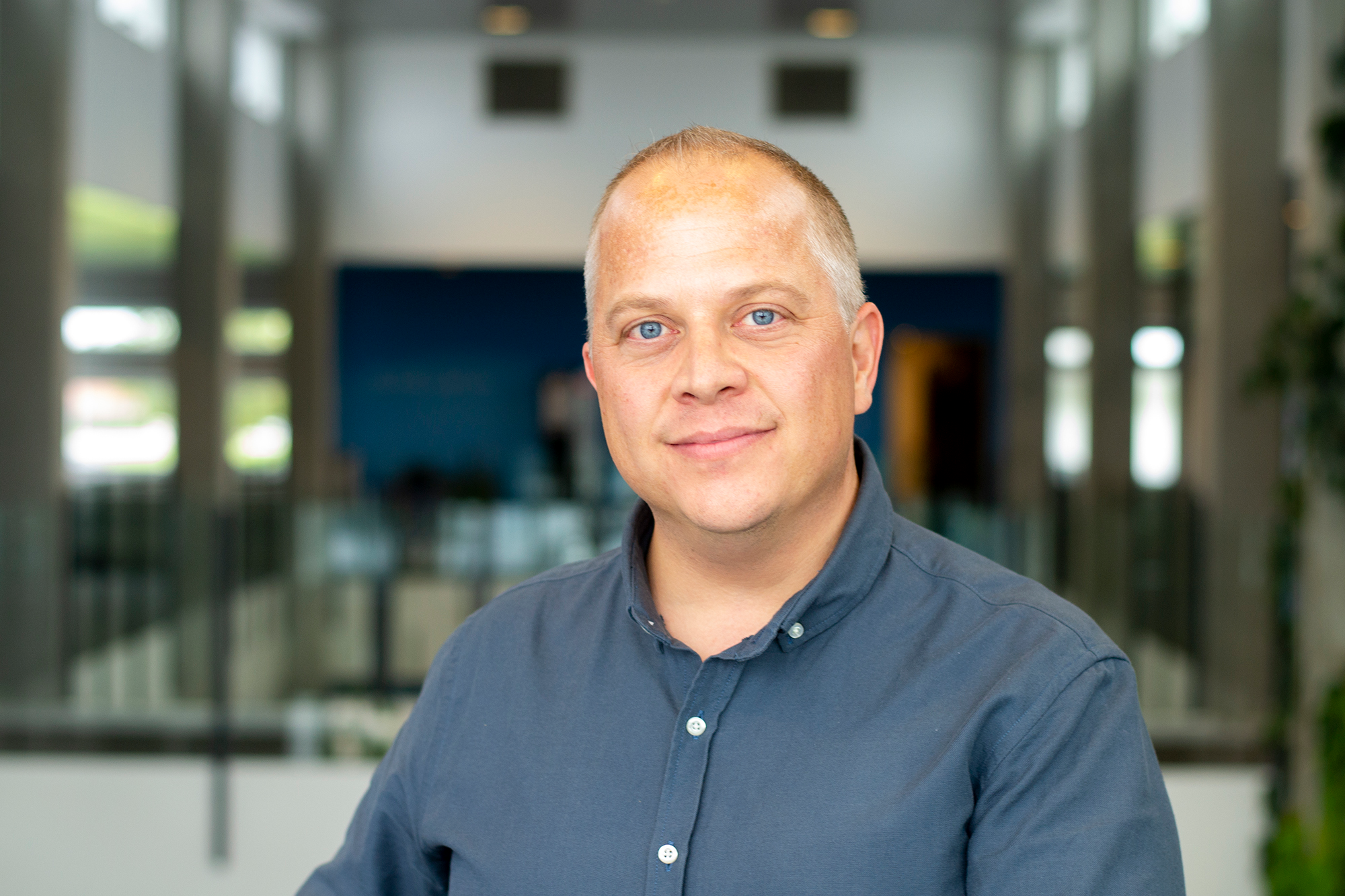 This month, Henrik Larsen celebrates his 10 years work anniversary at TimePlan Software in Aalborg, from where he assists customers such as JYSK, Scandic Hotels, jem & fix and POWER with personnel administration in most of Europe. His previous experience in the restaurant industry has proven to be surprisingly useful in working with TimePlan’s users.

“The best thing about being a TimePlan consultant is helping and servicing our customers. Moving and shaking something. Touching their everyday lives. TimePlan is employee scheduling and time registration, but it also changes management at the highest level. I feel like I am part of making a difference,” says Henrik Larsen, who has just joined the group of 10-year jubilarians at TimePlan Software in Aalborg – first as a consultant and most recently as a senior consultant.

Unusual background
Back in 2009, Henrik Larsen was 30 years old, married to Nadia and a new father to their daughter Mille. After 10 years of working as a qualified cook, among other places at the DFDS ferries, and with a recently completed education as a multimedia designer in his back pocket, Henrik Larsen felt that it was time to try something new. Therefore, he pricked up his ear when his friend’s older brother, Ejnar Dahl Jensen, mentioned that they needed more staff at TimePlan Software. Ejnar Dahl Jensen himself was employed as a programmer at the head offices.

“At the job interview, Henrik Baasch (founder and CEO) probably thought that my background was a bit unusual,” says Henrik Larsen. “But he hired me after one conversation, and then I started answering phones, talking to customers and getting to know the TimePlan program.”

Norwegian, Swedish and English
At the DFDS ferries, Henrik Larsen worked with kitchen staff from Norway and Sweden, which meant that right from the start, he got the responsibility of Scandic Hotels at TimePlan Software. The hotel chain was expanding its Danish TimePlan installation to also include the hotels in Scandinavia, and the newly recruited consultant spoke Norwegian and Swedish the best he could when he was teaching new TimePlan users in Oslo and Stockholm. Because he also has a family in the US, he was subsequently thrown into implementing TimePlan with customers in England and Greenland.

“Initially, my knowledge of the TimePlan program was limited, but with several years of experience in the labour market, I knew it was about establishing a good dialogue with the customer. Throughout the years here at TimePlan, I have come to know the psychology of an employee group and found out how to get the employees involved in a change process,” says Henrik Larsen.

Mollerup Mill and D’Angleterre
In the 10 years that Henrik Larsen has been employed, TimePlan Software has gone from 10 employees to over 30 and has changed office space twice due to rapid growth. The number of customers has also multiplied, and the customers’ diversity is something that makes Henrik Larsen light up.

“One day, I can be at Mollerup Mill in Mors and teach in West Jutland. The next day I can stay at Hotel D’Angleterre in Copenhagen and speak English. I once implemented TimePlan at the Crowne Plaza Hotel in a caravan out in Orestaden because the hotel was not yet built. I have also helped JYSK expand in Serbia and Hungary and got to know new labour market rules. You never know what your day will be like when you teach TimePlan.”

Join the anniversary club
Friday 1 March 2019, Henrik Larsen was celebrated at TimePlan Software’s head office in Aalborg together with his colleague Prakasa Visnanathan, who can also celebrate his 10th anniversary with the company in May. At the party was also Henrik’s wife Nadia and their now two children Mille of 10 years and Nikolaj eight. At one of the neighbouring tables, Ejnar Dahl Jensen was seated who originally got Henrik Larsen employed. Today, they are both members of the 10-year anniversary club at TimePlan Software.